Skip to content
Chennai Super Kings have outplayed Royal Challengers Bangalore in all the departments as they have won the opening match of IPL 2019 by seven wickets against the Men In Red on Saturday. A pitch favorable to the bowlers, a total of 70 runs was still too less for RCB bowlers to defend. 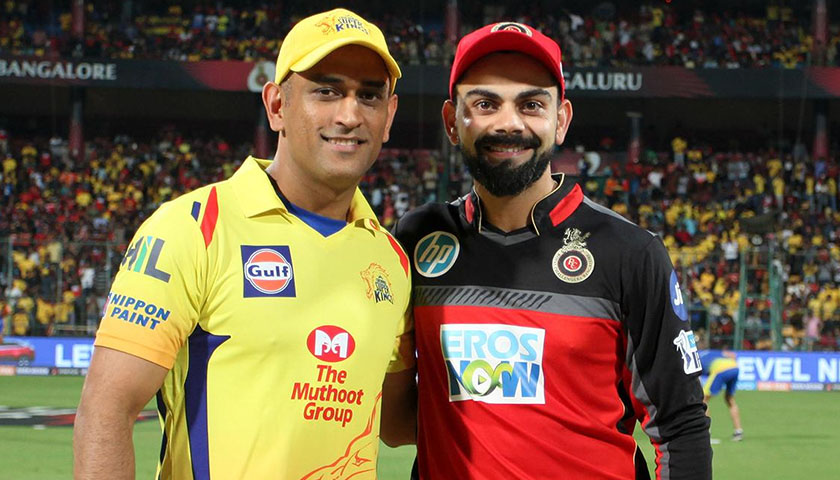 Defending a low-par 70, RCB bowlers started off pretty well, not giving away too many runs in the first six overs. However, what was needed at that stage was wickets and RCB could only fetch one at that stage. Though, RCB were still in the match till that time.
However, Suresh Raina and Rayudu made sure they won’t give away their wickets easily as the duo played with caution, stitching a composed partnership of 32 runs before Raina got out at mid-on at 19, with CSK still needing 31 runs to win in the next ten overs.
RCB’s best bowler Yuzvendra Chahal bowled impressively, conceding just eight runs in his quota of four overs. However, the leggie failed to pick wickets as Chennai cruised to the total with 14 balls still left to play.
Ambati Rayudu top-scored for CSK, amassing 28 runs off 42 balls, helping CSK win the opening match in the Indian Premier League season 12.

Earlier, Royal Challengers Bangalore were folded for just 70 runs in their first innings. Skipper Mahendra Singh Dhoni once again did a fabulous job in reading the pitch, picking as many as three spinners in the match. Dhoni brought Harbhajan in the second over of the match and in only his second over, he gets the most important wicket of Virat Kohli, followed by Moeen Ali and DE Villiers wicket inside just eight overs as Royal Challengers Bangalore were tottering at 38 for 3. Harbhajan Singh was the star, getting rid of all main batsmen.
Once, De Villiers lost his wicket, wickets fell like a piece of cards as RCB got folded for just 70 runs in the end. Parthiv Patel was proved to be the only guy to touch the double-figure mark, scoring 29 runs off 35 deliveries.
Also Check:
BCCI To Donate INR 20 Crore To Army Welfare Fund At The IPL opener
Where and How to Watch the IPL 2019 Live Streaming
Complete list Of IPL 2019 Captains