IPL vs PSL:- The world’s most popular T20 cricket league, IPL introduced in 2008 by the BCCI which became instant success and fans help this cash-rich league to become most-watched cricket event. Indian Premier League has all elements that require for entertainment like big cricketers, glamour and millions of dollars. After the success of IPL, few other cricket boards also started their own version of T20 franchise leagues like Big Bash League (BBL) and Pakistan Super League (PSL).

image source
IPL vs PSL, As you know IPL is run by BCCI like that, BBL and PSL are run by Cricket Australia and Pakistan cricket board respectively. All these three leagues are common in terms of format but still have some differences. IPL has entered in its 12th edition while BBL is just six seasons old and PSL is started two years before still, these two leagues are giving tough competition to IPL.
Indian Premier League has set the standards for the leagues including lucrative tv rights deal, most popular T20 league, most watched league and also one of the highest attended league in the world. While Big Bash League (BBL) is the second after IPL but it has changed the cricket viewing experience of fans.

IPL vs PSL:-Indian Premier League is a clear winner here because it is the most watched T20 cricket league. World’s richest cricket board knows how to market compared to other boards. IPL has better structured, highest average attended and huge media coverage. IPL is broadcasted by around 25+ sports network in most of the countries around the world while PSL is broadcast in 8 cricket countries. 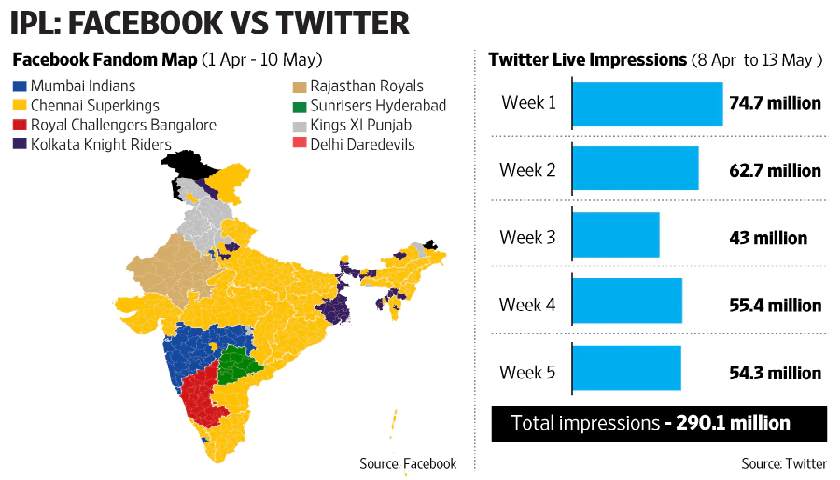 BBL is the 2nd most popular tournament and hence, it is broadcast in 10 countries. The popularity of Big Bash is increasing every season while there was fall in tv ratings of IPL last season. India and Pakistan fans love their respective domestic T20 leagues the Indian Premier League (IPL) and the Pakistan Super League (PSL) and cannot keep themselves away from the comparison. While the IPL is a decade old, the third season of the PSL kicked off on February 22 and thus there is a huge distinction between both the tournaments. The two boards BCCI and PCB are on completely different sides of the financial table as well.
The players’ eagerness and reluctance to feature in either of the tournaments is a testament in itself. IPL enjoys the status of the most popular and cash-rich T20 league in the world that features almost all the top international cricketers from around the world. PSL is trying its best to strengthen the foothold and convince players to travel to Pakistan for a few matches in the season. However, keeping everything else aside we decided to equate the two leagues in terms of pure financial numbers.
Since its inception, IPL has become the biggest T20 cricket league – the stars, the money, the fans, and the records; it’s all here. Even though it’s a little late to the party, the PSL has managed to enjoy a fair share of success, but nothing that came close to the Indian tournament.

Both Leagues Follow the Same Tournament Format, But Here’s How IPL is More Famous Than PSL:- 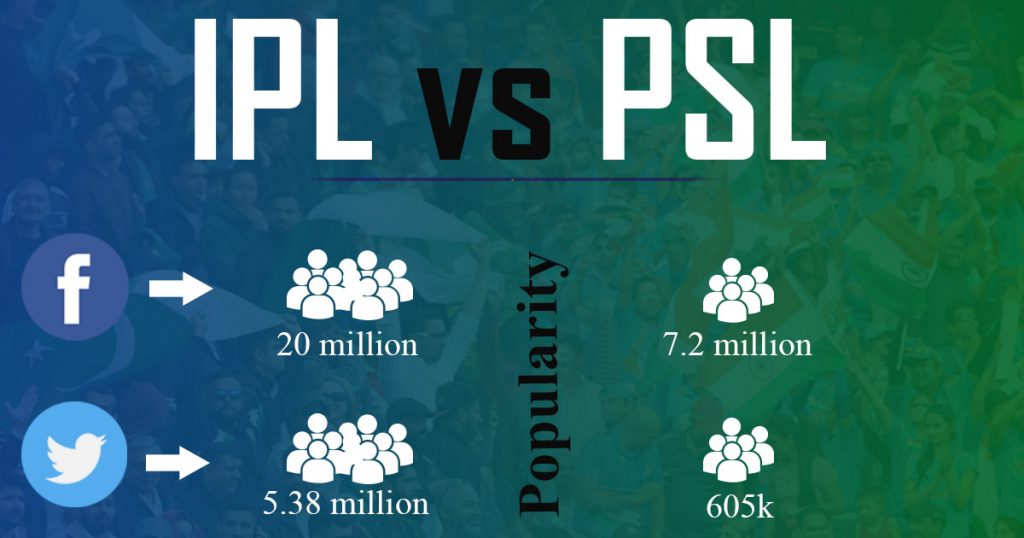 The eight teams had collectively paid the BCCI a sum of $723.5 million as the franchise fees in 2008 to acquire rights for the respective city-based teams. Very recently when the board needed replacement teams for Chennai Super Kings and RR, they brought in two new franchises Rising Pune Supergiant and Gujarat Lions who paid INR 16 crore and 10 crores respectively for the two years 2016 and 2017.
In 2016, the Pakistan Cricket Board (PCB) sold the rights of the first five teams for $90.45 million in 2015. Ahead of the third edition in 2018, they sold the Multan Sultan franchise for eight years at $41.6 million.

In the IPL 2018 auction, the eight franchises had a purse of INR 80 crore each to buy and retain the players they wish to feature in the team for this season.
The PCB, on the other hand, allowed the franchises a cap of approximately INR 7.76 crore for the players draft ($1.2 million).

After the first decade of the IPL, the Indian board put up the broadcast and digital media rights for auction and Star India bagged the five-year deal with the highest bid of INR 16,347 crore ($2.5 billion).
The Pakistan Super League, on the other hand, managed to sell the rights for domestic and international broadcast for $15 million.

In the 2018 season of the IPL, the league has set aside $9 million to be distributed among the eight teams as prize money. The champion will take a fat cheque of $4 million.
PSL for season three will reward the champion team with $1 million whereas the overall prize money on offer is $3.5 million.

Royal Challengers Bangalore captain Virat Kohli was retained by the team for INR 17 crore ($2.63 million) that ensured he was the highest paid player for the 2018 season of the IPL. In the auction, Rajasthan Royals bid INR 12.5 crore for England all-rounder Ben Stokes.
The best-paid player in the PSL season 3 is former New Zealand captain Brendon McCullum. He was signed by the Lahore Qalandars for $.558 million.

Ahead of the 11th season of the IPL, BCCI declared that they had operational surplus worth INR 2017 crore in their bank ($31.2 million).

After the second season of the PSL, PCB stated that they made surplus worth $1 million. From the West Indian likes of Chris Gayle and Sunil Narine to the South African players like AB De Villiers and David Miller, and of course, the Indian megastars, top cricketers from around the world flocked to the subcontinent when the tournament was launched. While only a few Pakistanis played the IPL, none of the Indian players participated in PSL.
Pakistan was the among the last Test-playing nations to host a T20 league, but still attracted some big name including Shane Watson, Dwayne Smith, and Chris Gayle in the first season and a whole lot of viewership from the nation’s cricket fans.
In the IPL, a team can acquire players through five ways: annual auction, signing domestic players, signing uncapped players, trading players, and signing replacements. PSL, on the other hand, holds a draft where players are categorized into five groups – Diamond, Silver, Platinum, Gold, and Emerging.

Since its inception in 2008, the Indian Premier League has had at least eight teams in every season. The PSL on another hand has just five teams – Peshawar Zalmi, Islamabad United, Lahore Qalandars, Quetta Gladiators and Karachi Kings.
The IPL has always boasted of encouraging young cricketing talent from around the nation and allows no more than ten overseas players out of the maximum of 27. The Pakistani league, on the other hand, has a restriction of only four foreign players and a minimum of 12 local ones.

Duration of Tournaments,(IPL vs PSL)

The Pakistan Super League comprises just 24 matches, with each team playing the other twice. Therefore, the event ends in less than a month. The IPL, on the other hand, goes on for over a month, keeping the audiences engaged for a longer period. This year the IPL season will be started on 23 March and ends on 12 May while PSL will go on from 9 February to 7 March.

IPL vs PSL:- The winners of the 2016 IPL got a staggering Rs 20 crore ($ 3 million), an amount that was the total prize money in its first edition. The PSL, on the other hand, offered a million dollars in total as the prize money in its first edition. Even during their respective first team’s auctions, the total money generated in the IPL was $723.5 million as opposed to PSL’s $18.6 million.
So that’s where the main 10 points which can easily tell you that how our IPL is more popular than PSL and its simple more that in upcoming time IPL will be on his next top peak because of his popularity in India as well as in the whole world.