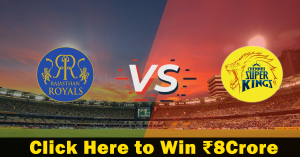 The fourth match of IPL 2020 will see Chennai Super Kings taking on Rajasthan Royals at Sharjah Cricket Ground on Tuesday. Rajasthan Royals will start their IPL 2020 campaign against CSK, while the latter has already played a game and won that game by 5 wickets. Here’s a look at the previews of both the teams.

The first game in Sharjah this season will be played between the Rajasthan Royals and the Chennai Super Kings. While this will be the first game of the season for the former, it will be the second for the latter. Even before the start of this game, the Royals have got a few concerns with the unavailability of some players. Thus, it will be quite a task for them to figure out the best possible eleven.

The Chennai Super Kings, however, have played the opening game of the tournament. They are coming into this match with the winning momentum on their side. After being 6/2 in the chase against the Mumbai Indians, they fought back beautifully which should boost their morale. They’d fancy another win in the tournament.

RR vs CSK Pitch Report: The pitch at Sharjah is a good one for batting and seems to be better than the tracks at the other two venues. At the same time, there is enough assistance on offer for the spinners and the pacers.

RR vs CSK Live Score: All the matches of IPL 2020 will be broadcasted on Star Sports India channels, while the live streaming will be available on Disney + Hotstar. 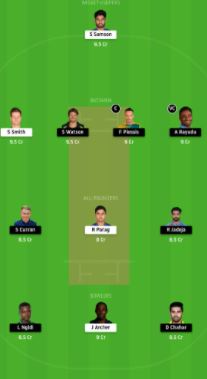