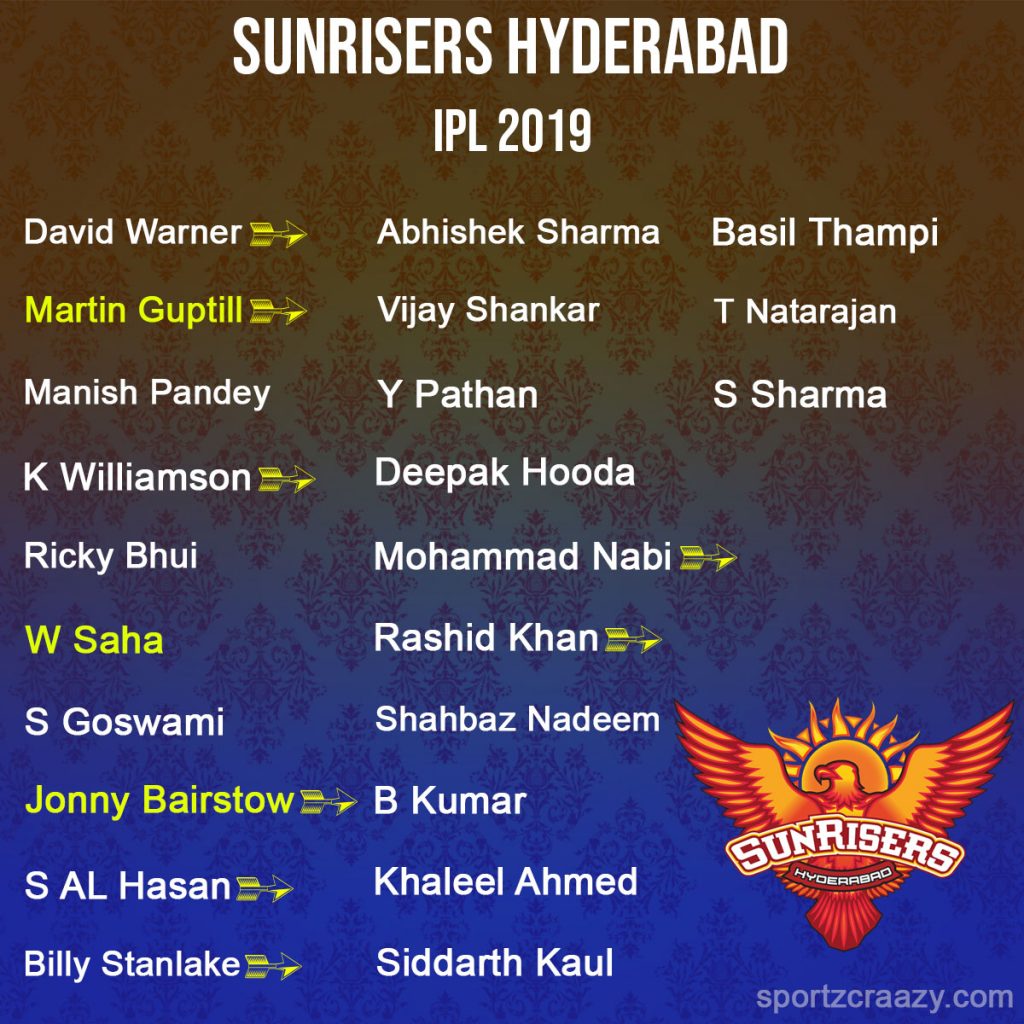 The bowling department looks even better with the likes of Bhuvaneshwar Kumar, Khaleel Ahmed, Rashid Khan, Mohammad Nabi and Siddharth Kaul. If one bowler fails, the next can cover up and restrict or dismiss the batsman. It is probably the best bowling line up of the tournament by miles.

Weakness– The availability of foreign players like Martin Guptill, Kane Williamson and David Warner in the second half of the tournament is a big worry. In the absence of these foreign players, there are no quality players to back up.